We WILL protect you – or else: NATO members agree to expand Iraq mission, without regard for Baghdad’s permission

NATO has vowed to expand its training operations in Iraq, paused last month after the US assassination of a top Iranian general. With growing anger in the country over foreign meddling, Baghdad is reluctant to OK the plan.

NATO has vowed to expand its training operations in Iraq, paused last month after the US assassination of a top Iranian general. With growing anger in the country over foreign meddling, Baghdad is reluctant to OK the plan.

The alliance agreed “in principle” to “enhance” its training mission in Iraq after a meeting in Brussels on Wednesday, NATO Secretary-General Jens Stoltenberg said. When asked whether Baghdad had approved the project, the NATO head came up short, however.

“NATO is in Iraq on the invitation of the Iraqi Government, and we will only stay in Iraq as long as we are welcome. Because NATO fully respects Iraq’s sovereignty and territorial integrity,” Stoltenberg said. “Everything we do will be in close consultation and coordination with the Iraqi government.”

NATO is stepping up the fight against international terrorism. Allied Defence Ministers have agreed in principle to enhance #NATO’s training mission in #Iraq in close cooperation & coordination with the Iraqi government. 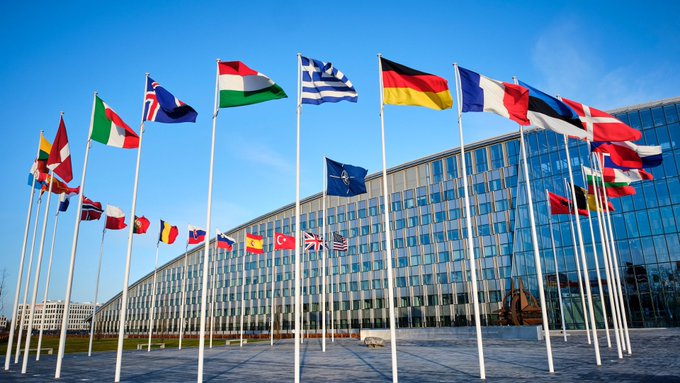 29 people are talking about this

The US, which is the driving force behind NATO, certainly did not engage in “in close coordination” with Iraq when it ordered the drone strike that assassinated Iranian Quds Force commander Qassem Soleimani in Baghdad last month. Soleimani was on his way to meet with Iraqi Prime Minister Adil Abdul Mahdi when he was killed, in an operation undertaken behind the Baghdad government’s back.

Little wonder, then, that Iraqis are more skeptical than ever about foreign troop presence in their country. The assassination prompted a vote in the Iraqi parliament demanding the expulsion of US troops, though the government has yet to follow through on the move.

With the US remaining NATO’s most powerful and influential member state, outsourcing the training mission to the alliance may not do much to mollify the Iraqis, wary after repeated violations of their country’s ‘sovereignty and territorial integrity’.

Ahead of the meeting in Brussels on Wednesday, US Defense Secretary Mark Esper said that expanding the NATO mission would allow Washington to reduce its military “footprint” in Iraq and redeploy those troops elsewhere. But with the US refusing to even discuss a withdrawal with Iraqi officials just last month, Washington’s commitment to a drawdown remains dubious.

While Stoltenberg could not say how many troops would be sent to bolster the training efforts, NATO officials have suggested the move could involve “a couple hundred” soldiers, added to the 500 or so NATO personnel already deployed. The mission was halted last month following the Soleimani assassination, but Stoltenberg said the training would resume “as soon as possible,” offering no detail on the status of talks with Iraqi officials.