Erdogan thanked Pakistan for giving him a warm welcome and allowing him to address the joint session of parliament once again.

Erdogan thanked Pakistan for giving him a warm welcome and allowing him to address the joint session of parliament once again.

“Pakistan is like my second home. Relations between Istanbul and Islamabad are admirable. Turkey will continue to support Pakistan on important matters as it supported in past,” said Erdogan.

“People of Pakistan had always supported Turkey in their difficult times,” he added.

Speaking on the Kashmir issue, the Turk president reiterated his support for Pakistan’s stance on Kashmir issue. He condemned the Indian atrocities in Occupied Kashmir and called for the peaceful resolution of Kashmir.

The Turkish president hailed Pakistan’s efforts in the war on terrorism and the Afghan peace process. He said that Turkey will continue its support for peace between Pakistan and Afghanistan. 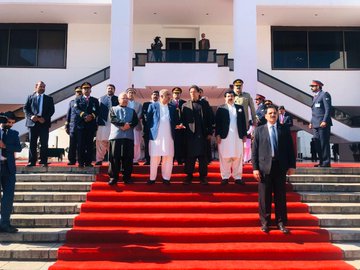 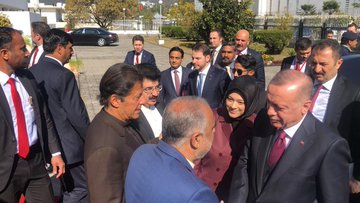 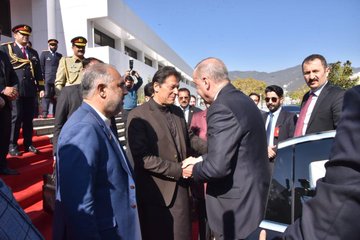 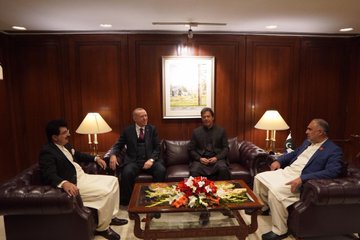 The joint sitting was summoned by President Dr Arif Alvi.

The Turkish president earlier had addressed the joint sitting of the Pakistani parliament in November 17, 2017.

After addressing the joint session of the parliament, Recep Tayyip Erdogan will offer Friday prayers at the Faisal Mosque and later will attend Pak-Turk Business Forum meeting.

The visiting dignitary is also scheduled to have a one-on-one meeting with Prime Minister Imran Khan. The duration of the meeting is said to be one hour and fifteen minutes.

Both will address a joint press conference in today’s evening after signing different MoUs in diverse fields.

Erdogan will fly back to Turkey tonight after attending a dinner ceremony at the Prime Minister House in his honour.